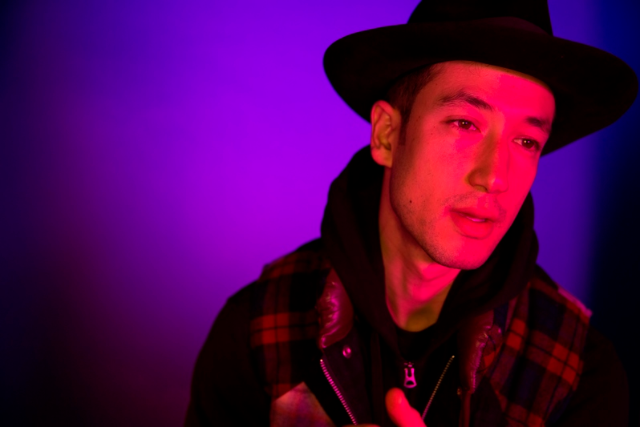 NYC-based songwriters Andy Suzuki and Kozza Olatunji-Babumba have been making music together since they were classmates in college, and their early 2019 full-length release, "Alibi", is their most-cohesive, energetic project to date. Their partnership with LA-based producer Juny Mag has infused the songwriting duo's brand of bluesy rock with Juny's signature futuristic production. As performers, they are as fearless as they are fun - their fans have been known to fly across the country to attend Andy Suzuki & The Method shows.

The half-Japanese, half-Jewish Suzuki and hand-percussionist Kozza (grandson of percussion legend Babatunde Olatunji) first garnered wider attention with their buoyant, organic folk-pop album, "Born out of Mischief", and soon found themselves supporting artists like Ringo Starr, Eric Hutchinson, Joshua Radin, Marc Broussard, Delta Rae, and Tyrone Wells. Fans fell hard for their combination of a "velvet voice" (NPR) and their “deadly way with melody" (Timeout New York). Their next release, "The Glass Hour" was met with critical acclaim and a premiere on Billboard.com, but shortly after releasing that full-length album, the duo was back in the studio working on "Alibi", hoping to hone in on a sound that pulled from their diverse backgrounds and array influences.

What do Andy and Kozza sound like? Imagine if the Allman Brothers were produced by Diplo. Or if The Black Keys didn't take themselves so seriously. However you describe it, Andy Suzuki & The Method are worth checking out before they outgrow the east coast rock club circuit.