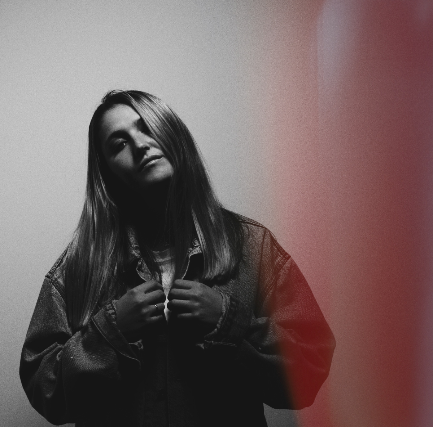 21-year old singer, songwriter, producer Chelsea Cutler has come a long way from recording songs in her bedroom.  Teaching herself to play music at a very early age; she learned piano, guitar, cello, and drums by the time she was 10. However, it wasn’t until high school that she found her own lane as an artist and began uploading unique acoustic covers to Soundcloud.

After a few years of honing her sound as a songwriter and producer, Chelsea released her breakthrough single, “Your Shirt” in early 2017.  The fully self-written and produced track has amassed over 50 million streams on Spotify, hit #1 on the HypeMachine charts, reached Spotify’s Global Viral Charts, and went to #3 SoundCloud’s Pop Charts.  The song became the lead single off her debut EP, Snow In October, which released in the Fall of that year. Shortly after the release, she dropped out of college to pursue music full-time, and kicked off 2018 by supporting frequent collaborator and fellow Mutual Friends collective member Quinn XCII on his sold out 30-city North American tour.

In June she released her next project, Sleeping With Roses, an 8-song mixtape for which she once again handled all writing and production.  The mixtape received praise from outlets such as Complex, Billboard, and was featured on Spotify’s New Music Friday Billboard in Times Square.  Riding the momentum from the release, she announced her first headline tour - an 18-city run across the US that sold out in under 1 week.

Now, fresh off the release of her latest project Sleeping With Roses II, she is set to go back out on the road for her first World Tour in Spring of 2019.