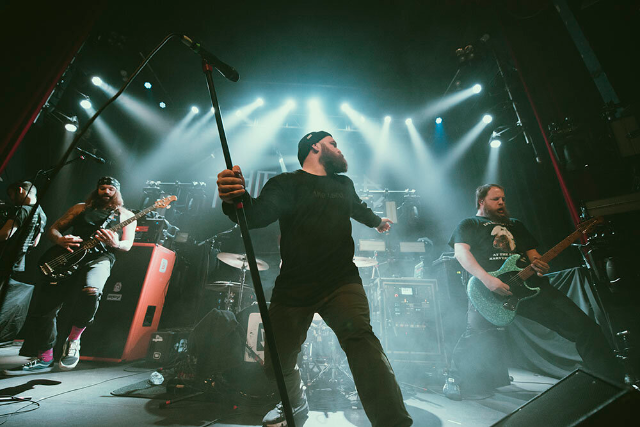 Dragged Under are pushing to be a voice for the fed up. The people who want to live and let live, the ones who have had enough of people telling them what to think, who to be and what they should believe.

They want to make it known that they’re not here to make you like them. There is a passion for change in our world, and Dragged Under aim to lead us in to the era of self-discovery, introspection and following our own paths wherever they lead. From the musical epicenter of Seattle, and across The World, Dragged Under is casting a footprint that we rarely see emerge so instantaneously.

Dragged Under released their debut full length, “The World Is In Your Way” in early 2020. After 10 million streams, charting at #18 on Billboard, signing with Mascot Records, touring with The Used and being added to regular rotation on SiriusXM Octane the band remains hungry. Currently deep into writing their follow up to TWIIYW, the band look forward to lots of touring as soon as possible