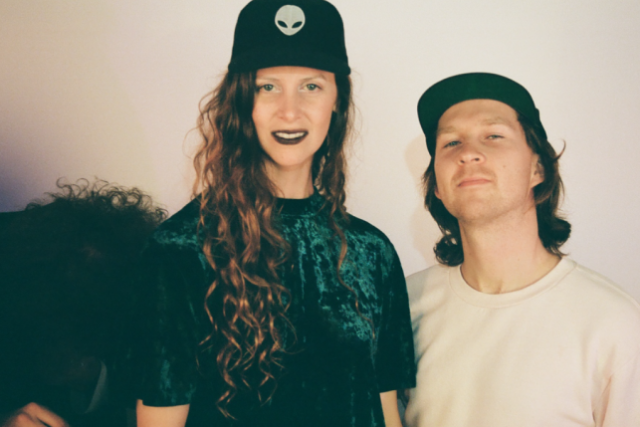 Bambi and Cole met on a basketball court, filming a music video for a band that didn’t have any music. After dating for six months, the two married under a blanket of smoke from the season’s forest fires.
Reptaliens quickly evolved from a conceptual collage of ideas into the bedroom recording project for the duo, captured through analog synthesizers, electric guitars, and melodic bass lines, that are recorded onto tape through a karaoke machine.
As long time, active participants in the Portland music scene, Bambi and Cole call on a number of talented musicians to guest on songs throughout the entirety of Reptaliens’ recordings and live performances. The band embraces the captivity of their audience with their sincere and theatrical performances.