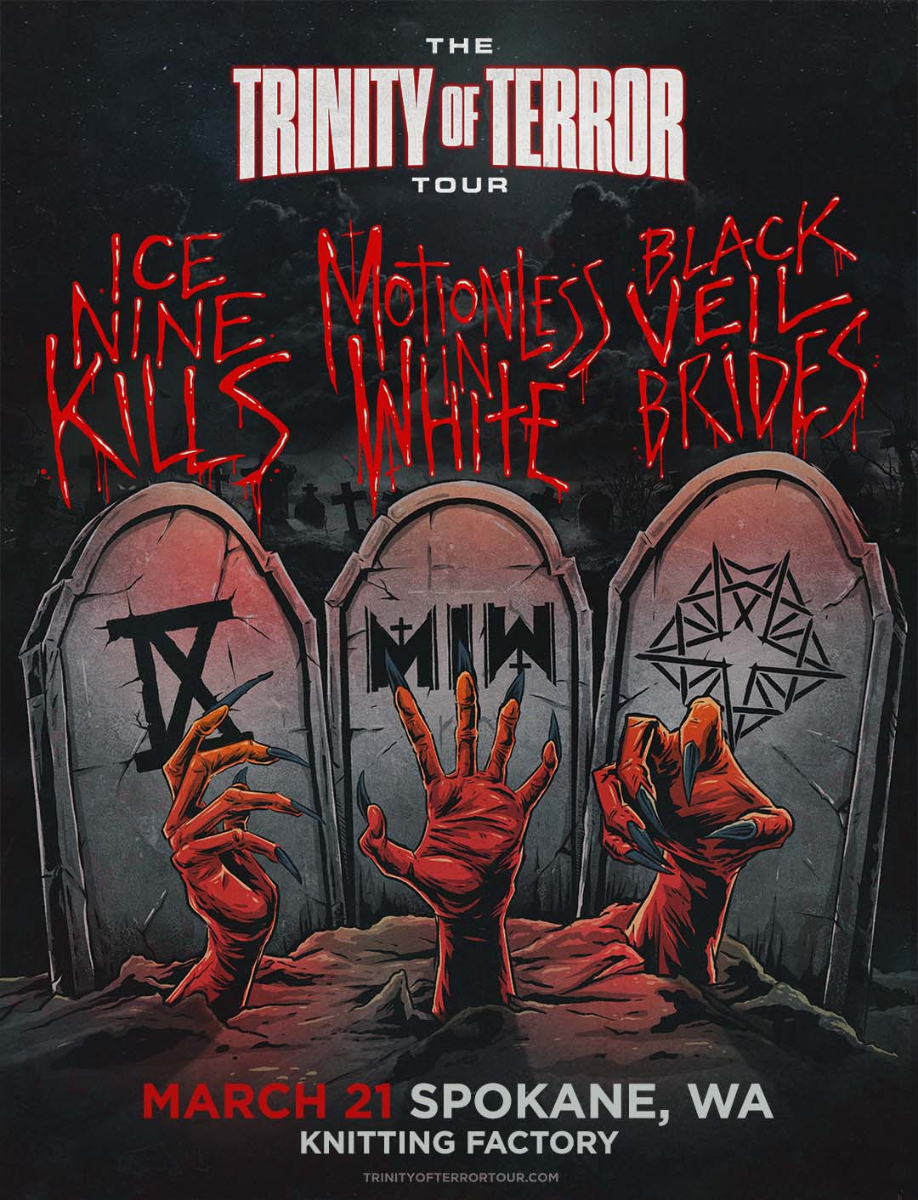 ⁃Proof of full vaccination, with final dose at least 14 days prior to show date
-OR-
⁃Proof of a negative PCR / antigen test within 72 hours preceding the show

Masks are also required per the state mandate. 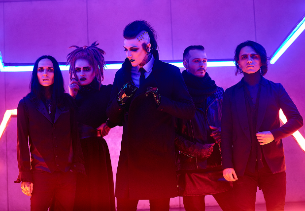 An industrial city situated in Northeastern Pennsylvania, you could say Scranton quietly prides itself on a tried-and-true Rust Belt blue-collar work ethic.

Since 2006, that ethos has fueled Motionless In White’s rise to the upper echelon of modern rock. Albums such as 2010’s Creatures and Infamous in 2012 would galvanize a rabid fan base around the quintet. During 2014, Reincarnate reached new heights, bowing at #9 on the Billboard Top 200 and claiming #1 on Billboard’s Top Rock Albums Chart. The title track and lead single turned into a Top 20 Active Rock smash and notched 13.2 million YouTube views and 9.8 million Spotify streams. Simultaneously, they have shared stages alongside everyone from Slipknot, Korn, and Breaking Benjamin to A Day To Remember and Marilyn Manson in addition to making arresting festival appearances at Warped Tour, Aftershock, Rock On The Range, Rock Allegiance, and beyond.

Ultimately, Motionless In White have the power to electrify a new love for rock music in the process.
“We’re quite a simple band in terms of our intent,” he leaves off. “Turn off your head, detach from reality, listen to the music, and enjoy the songs. That’s what we’re encouraging. We want to give people something to latch on to away from life’s bullshit. I hope they walk away feeling their love for music was either restored or upheld.” 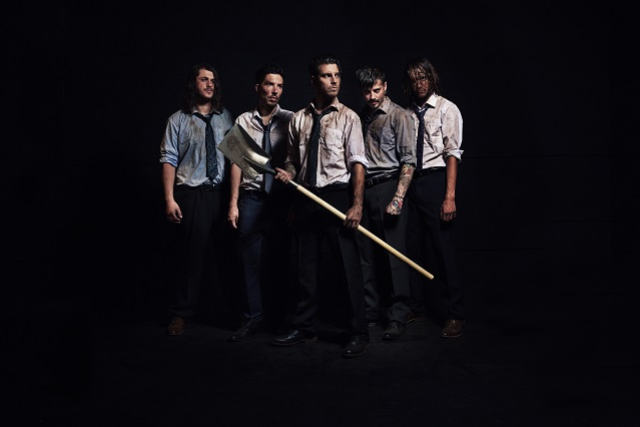 Through the art of intricate song writing and elaborate story telling, Boston MA's Ice Nine Kills have the ability to engage and captivate listeners, winning over a fanatical legion of followers across the nation. Seamlessly weaving aggressive post-hardcore with soaring melodies, the ferocious four-piece utilizes multi-textured guitar hooks, a dual vocal attack, complex orchestral arrangements and a pummeling rhythm section, which grabs the listener by the throat and refuses to let go. The drive and dedication of Ice Nine Kills have made a lasting impression on fans both sonically and through their explosive live show, creating a kinetic energy through each performance. Armed with a new collection of songs, Ice Nine Kills stand poised for their biggest chapter yet. 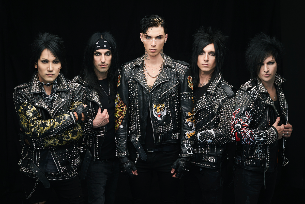 Black Veil Brides confidently take the lead with their third full-length album, Wretched and Divine [LAVA Records/Republic Records]. Boasting a compelling concept, the record sees the Los Angeles quintet—Andy Biersack [Vocals], Ashley Purdy [Bass], Jinxx [Guitar], Jake Pitts [Guitar], and Christian Coma [Drums]—deliver a collection of songs that's as immersive as it is infectious. Hallmarks of their sound like gritty riffs, orchestral flourishes, elegant soloing, and anthemic vocals remain intact. At the same time, everything expands gracefully into the fabric of an intricate post-apocalyptic drama about The Wild Ones penned by Biersack and artistic collaborator Richard Villa III. Ultimately, Wretched and Divine opens the gateway to a new world altogether.

Think you can handle it?

Coming off the road in support of 2011's Set the World on Fire, Black Veil Brides made a collective and conscious decision to break ground when they entered the studio. They couldn't just make "another album"; they needed to make a statement this time around. After a few sessions, they found the perfect man to help them realize this vision in producer John Feldmann [The Used, Neon Trees, Panic! At The Disco].

"I was going through a bit of darkness artistically," admits Biersack. "We couldn't just take a logical step from Set the World on Fire, and I knew that. We had to make a giant leap. I wanted to find a fresh way of expressing what our band was both lyrically and creatively. I met John, and we simply clicked. We brought him on board immediately. He was able to take our ideas and mold them into something really incredible. It was cool to be with him every day in that creative mindset. We've never had a producer there for the entire process. He pushed us to reach the next level."

In between recording, the band hit the road for a string of dates, and Biersack began envisioning a much larger concept story for the album, writing it on buses and planes. As a result, the songs weave together to tell the tale of a dystopian future where a unified church government is devouring society through taking away science and creativity. This despotic regime drugs the youth into becoming drones, but refugees named The Wild Ones—the band's fictional alter ego—inspires the kids to be themselves and revolt.

"In essence, it's the origin story of the band and the BVB Army," he reveals. "At the same time, it's not a musical. You can listen to any track as a standalone Black Veil Brides song. If you choose to go on the ride, there's a story. It's the soundtrack to our lives and lives of The Wild Ones. It's got elements of everything we've done, but it's different. It's high-concept, but it's also personal."

Speaking of personal, the first single "In the End" possesses a twofold meaning for the frontman. Seguing from a chant of children to a staggering riff and dreamy keyboards, the track exudes divine implications as it relays a universal story.

"About a week before 'In the End' was written, my grandfather died," says Biersack. "I was thinking about the funeral. I said the eulogy in front of my entire family. When we got back to my grandfather's house afterwards, I had this intense realization. We may do good or bad, but we only really exist in the minds, eyes, and hearts of the people we affect throughout life. If you affect them positively, your memory lives inside of them, and that's the way you move on. After I finished writing, my mother sent me something my grandfather wrote to my great-grandfather before he passed. Almost line for line, it spoke about not being afraid to die and even used the words 'In the End'. It was heavy. In the story, The Wild Ones are fighting this enemy. Throughout, they realize you can never truly escape fears or defeat darkness. However, if you can die without fear knowing you've done good, you've won."

Other voices populate the world of Wretched and Divine as well. Aiden and William Control singer Will Francis gives the ominous four-part "F.E.A.R. Transmission" narration, tying together the action from the Orwellian villain's point of view. The Used frontman Bert McCracken adds a dark vulnerability to the explosive thrasher "Days Are Numbered".

Fans have definitely felt everything that Black Veil Brides have done up to this point. In 2010, they laid the groundwork for their legion of supporters to be born with We Stitch These Wounds. The album debuted in Top 40 of the Billboard Top 200 and No. 1 on the Independent Chart, leading to their signing with LAVA.

In support of the record, they headlined the coveted Alternative Press Tour and were crowned "Best New Artist" at Revolver's Golden Gods Awards and "Best Newcomers" at the Kerrang! Awards. In addition to appearing on the Vans Warped Tour, they scorched the stage at Download Festival, Bamboozle, and Rock am Ring. Meanwhile a year later, Set the World on Fire debuted at Number 17 on the Billboard Top 200, and the band hit the road with Avenged Sevenfold and Hollywood Undead. Transformers: Dark of the Moon and The Avengers both included the band on their soundtracks, and their pop culture infiltration continued. Along the way, they amassed one of the most rabid fan bases in modern music, affectionately dubbed BVB Army.

Everything has simply led up to Wretched and Divine though. "This is the album we always wanted to make," concludes Biersack. "I hope our fans can be inspired to create and make their own art from hearing this. I want this to give them freedom."