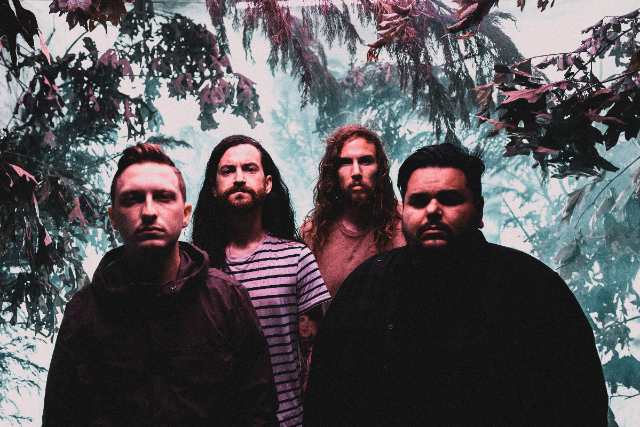 All creativity is a dialogue. Every song, painting, innovation, poem - is just the latest statement in a conversation that is as old as human civilization. And Silent Planet is intends to add to this dialogue. Weaving together topics that range from historical injustice to the existential despair of modern life, Silent Planet has a message that burns with a hardcore indignation, while coupled with progressive instrumentation. In the band’s latest effort, When the End Began, frontman and lyricist, Garrett Russell, explores the obscure and mystical Nietzschean concept of “Eternal Return” as it relates to the human experience. Haunted by recurring dreams of war, famine, and dead planets - further exacerbated by health complications and surgery, Russell was drawn to explore the concept of apocalypse in this latest batch of stories. When the End Began delves into instances of global and personal crisis - watershed moments between and within humanity - and aims to draw connection between the two. According to Russell “Apocalypse signals an ending, sure, but also the birth of a new epoch. The challenge of hope calls us to find direction in the midst of chaos - to find purpose not away from pain, but within it.” Since the their inception in 2009, Silent Planet has never looked for handouts. Initially the band slowly gained traction playing local venues throughout California, subsequently expanding to DIY touring throughout the States. The band first gained prominence due to their vast array of intellectual influences, anchored by Russell’s masters degree in psychology and field experience as a mental health therapist. However, it is their remarkably intimate connection with their listeners (who they often refer to as “Lovers”, eschewing the term “fans”) that has become their trademark in the music scene. Perhaps no single event better speaks to their grassroots base than their surprise, underdog victory of “Underground Band of the Year” at the 2017 APMA awards. Emphasizing integrity, the band has gone to extreme measures to ensure creative control to keep their DIY ethos intact. With this third full-length release, the band looks to establish themselves not as a mainstay in the genre, but as sonic trend-setters. Primary song architect and guitarist, Mitchell Stark, pushes the band into increasingly aggressive territory in this new release, accented by the distinguishably refined and progressive drumming of Alexrene Camarena. Further, the album showcases a wide vocal array, thanks to the dynamic singing range of bassist, Thomas Freckleton, who vacillates between anthemic choruses and contemplative verses throughout the record. In a genre fraught with cliche, Silent Planet managed their most deliberate, cohesive effort to date. When The End Began is further complimented by the talents of producer Will Putney, who in his second effort has managed to capture the band’s aggressive live sound mix while retaining their more exploratory ambient elements. Additionally, Silent Planet opens a new chapter on the global front, signing an international license deal with Australia-based label UNFD, while renewing their deal with Seattle-based Solid State Records, who has released the bands first two studio LP’s since the original signing in 2014. When asked about what the future holds for Silent Planet, they are refreshingly simple: “We want to connect and grow. These songs are our way of giving back to so many of those who have given to us. On tour we’ve met people isolated by bigotry, marred by addiction, scarred by loss - these songs are for them and anyone else grappling with these situations. Hope doesn’t have to be an abstract concept. It can be an embodied reality.” Perhaps the band’s message is best summed up in their own words: “Trade your certainty for awe.”